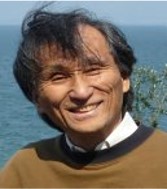 Riichiro MIZOGUCHI received Ph.D. degree from Osaka University in 1977. He had been a full professor of the Institute of Scientific and Industrial Research, Osaka University from 1990 to 2012 and a research professor of Research Center for Service Science, Japan Advanced Institute of Science and Technology (JAIST) from October, 2012 to March, 2019. He is currently Fellow of JAIST and Associate researcher, ISTC-CNR Laboratory for Applied Ontology, Trento, Italy. His research interests include Non-parametric data analyses, Knowledge-based systems, Ontology engineering and Intelligent learning support systems. Dr. Mizoguchi was President of International AI in Education Society and Asia-Pacific Society for Computers in Education from 2001 to 2003 and President of Japanese Society for Artificial Intelligence (JSAI) from 2005-2007. He received honorable mention for the Pattern Recognition Society Award in 1985, Best paper award of the Institute of Electronics, Information and Communication Engineers in 1988, 10th Anniversary Memorial Paper Award of JSAI in 1996, Best paper awards of ICCE99 and ICCE2006, Best paper award of JSAI in 2006 and 2012, and Best paper award of Japan Society for Information and Systems in Education in 2010 and 2019. He was Vice-President of SWSA (Semantic Web Science Association) and Co-Editor-in-Chief of J. of Web Semantics from 2005 to 2009 and from 2008 to 2011, respectively. He is currently an editorial board member of Applied Ontology.