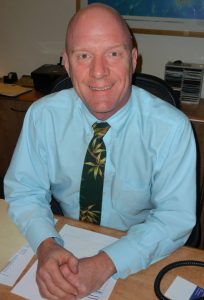 Dr. Lewis Johnson co-founded Alelo in 2005 as a spinout of the University of Southern California, where he previously was Research Professor. Under his leadership Alelo has developed into a major producer of innovative learning products focusing on communication skills. Alelo has developed courses for use in a number of countries around the world, all using the Virtual Role-Play method.

Dr. Johnson is an internationally recognized leader in innovation for education and training. In 2012 he was keynote speaker at the International Symposium on Automated Detection of Errors in Pronunciation Training in Stockholm. In 2013 he was keynote speaker at the IASTED Technology Enhanced Learning Conference and the SimTecT conference, and was co-chair of the Industry and Innovation Track of the AIED 2013 conference. He is associate editor of the International Journal of Artificial Intelligence in Education and co-editor of the Special Issue on Culturally Aware Educational Technologies. When not engaged in developing disruptive learning products Lewis and his wife Kim produce Kona coffee in Hawaii; he also distils single-malt whiskey in Tasmania.