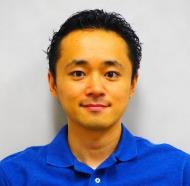 Yugo Hayashi received his Ph.D. in Information Science from Nagoya University (Japan) in 2009. In 2009-2010, he worked at Nagoya University as a researcher of Japan Science and Technology Agency’s, Core Research for evolutional science and technology (JST CREST). He was a Research Associate in the College of Information Science and Engineering at Ritsumeikan University from 2010 to 2013. He has also been a Assistant Professor at the Faculty of Library, Information and Media Science, University of Tsukuba in 2013-2014. From 2014 he has been a Associate Professor at the Ritsumeikan University and currently working at the College of Comprehensive Psychology. He was also working at the Carnegie Mellon University, School of Computer Science, Human Computer Interaction Institute from 2017-2018 as Visiting Faculty.

His research interests include, investigating cognitive mechanisms of human collaborative problem solving, and developing pedagogical conversational agent systems for supporting collaborative learning. He has received several prizes such as the computational modeling award (Applied Cognition) from the Cognitive Science Society (U.S.A) in CogSci2012, received the Best Full Paper award at the International Conference of Intelligent Tutoring system (ITS2018). He also received an award (Nojima Prize) from the Japanese Cognitive Science Society in 2015.